A Night To Remember

I rarely was able to get out of my own head.
I was convinced that nothing would get better for me.

Watching mom go through something neither of us could control was tough.
Adjusting to our new life wasn't easy.
We rolled with it and prayed for the best.

The week of Christmas that year,
Chris had been acting secretive.
I prepared myself for his departure from my life.
Because that's how it always worked for me in past.
Mom wasn't convinced like I was that he was going to break up with me.
She said he was different.

To me, it would turn out the same,just with a different person who decided that he had enough of me and everything I was going through.

With that mindset, I was truly surprised when he came over one evening and asked Mom to let me try on one of her rings...
We both were confused about that question.
She agreed and I put it on..
He asked Mom what size the ring was.
She told him 5-6.
He looked like he was taking mental notes on the ring and its size.
I asked him why he was being extra weird, and he said he wasn't.
And I wasn't buying it...
Especially after he asked Mom to borrow that ring. She looked as confused but agreed as long as he brought it back soon. He then left shortly after having me try on my mother's ring.

I told Mom that he was being sketchy but I couldn't figure it out exactly.
She smiled.
Um. Why are you smiling, mom?
She didn't answer and went out of the room

Thinking to myself, * what is in the water they're drinking tonight*?

Mom asked me later on, after that whole ordeal of weirdness,
" Do you see yourself and Chris together in the future"?
Ummm. * Well, I'd like to say yeah,but nothing ever lasts nor stays the same, so I doubt anything will ever last much longer in my life that's good, anyway*

She said
" Stop feeling sorry for yourself, with that kind of attitude, nothing good will last"
Seriously?
*I can't keep anything good around,mom*
" Can't, couldn't ever do anything, Tiffany. Stop saying you can't and believe that you can"

*You always say that!*
" Because it's true. Can't isn't in my vocabulary and it should not be in yours"
There was no arguing with her. I mean I did but it didn't get me far.
She said
" Listen to your mother for once. Mother knows best"

I smiled and agreed.
She assured me we would both be ok and our lives would be ok. She assured me that as long as I kept my faith in God, everything would always be ok..

Chris's family had planned a Christmas dinner on Christmas Eve Eve.
I was invited and was excited to be out with Chris for an evening.
Mom told me to go and have fun. She said she would leave the porch light on and for me to check in once there and come see her when I came back home.

Chris was acting weird the whole evening.
I couldn't figure him out.
We ate dinner and exchanged gifts.
His family was welcoming to me each time
He brought me over.
When it was time for him to take me back home, I noticed a few looks I was getting and that made me paranoid. I wondered what they may have figured out about me and now they probably hated me.

(Yeah,I know, I was extremely dramatic in my thoughts. 😂)
We said goodbye and Chris took me home in his mom's car.
He had his own car,but something was Wrong with it, so she was nice enough to let us use it to get me back to mom's.

The drive was maybe 6 minutes.
He was now acting fidgety.
His hands were sweating and I was so confused.
He asked me random questions and would get really quiet.
I laughed at the awkwardness and that seemed to have made him extra nervous.

Once we pulled up to my driveway, the porch light was on as mom had said it would be.
Chris asked me to sit with him for a few minutes. He said he already had talked to Mom about it.

Why would he need to talk to Mom, and about what.
I couldn't control my crazy thoughts and so that lead to me prepping myself for his break up speech...
I know, my thoughts escalated quickly.

I blurted out to him
* Look, I can't take this build up any longer!
If you're going to ditch me, hurry and do it!
I know you've already told your family that this would be the last time I would be around. So just make it quick!*

Silence...
I was almost in tears.
The look on his face was something I won't ever forget.

He said " what are you even talking about"!??
I said* you're breaking up with me*

* Um because, you're being weird. And secretive. And I got looks from your family tonight. I think... and plus I know you're tired of me and everything in my life. I'm too young anyway and you're better off without me*

After staring at me for what felt like forever, he put his hand on my hand and started to smile and then he freaking laughed at me!!
I was so damn confused.
* Why in the hell are you laughing!?? I don't think this is funny*!

He said " you need to chill. I am always weird and always have been, which you should know by now. We've been dating for awhile now. Aren't you paying attention?"
I went to answer but he basically told me to shut up in the nicest way possible 😂
He said" I do have something to ask you and that's why I'm so nervous. I've been thinking about this since we met. I knew I loved you when I saw you. It sounds stupid or like from a movie,but it was love at first sight. I've never met or been with anyone like you. You're gorgeous and funny and smart. You're bossy 😉😜 too. And a little crazy but that's all ok. I've been stalling all night and now I have to ask because I'm running out of night time and Wanda is going to wonder where you are .
I talked to her about this alot and she told me I have her blessing as long as I treat you right and get and keep a job and don't do the things she knows I shouldn't be doing. My family knows what I am going to ask too. I was supposed to ask you at my mom's, with everyone there but I panicked and couldn't do it. That's probably why they looked at you like you said. I want to be with you forever and have a life together"

I can imagine what my face looked like listening to his words.
My mind was racing and my heart felt like it was shaking the whole car.
I completely thought this conversation was going a different direction.
I was speechless.
After some more silence, because our minds were going faster than we could keep up  with, Chris took a deep breath and pulled something out of his pocket.
His hands were shaking.
He said " oh, this is also the reason why I needed your mom's ring...
I love you and you're nothing like anyone I've ever met. Your age doesn't match anything about you."

He takes another breath and opens a ring box...

He says" Tiffany, will you marry me"??

At that point I was crying and shaking.
I said " YES!"
He put the ring on my finger and one look at it, caused me to bawl like a baby.
He says " please don't assume things anymore. You should know that I'm not going anywhere and believe that"

We talked for a few more minutes but I couldn't focus. I was so happy and filled with joy,that I sounded like a blubbering idiot 😂💍💚
I told him we would talk more the next day and figure out our plans.
He agreed.

I didn't want to leave but I had to.

Because my life is ironic and crazy not so funny and ,funny things always happen to me, to end the most amazing, romantic moment of my life, the passenger side door,was messed up and wouldn't open.
So instead of a cool, perfect, graceful exit from the moment and of the night, I had to climb over Chris to get out of the car 😂😂.
He walked me to the door and as soon as I shut the front door behind me, and was sure he was not in earshot, I ran to mom's room. I was crying hysterically.
She was sitting up in bed all peaceful when I busted in, bawling.
She jumps up and says " what's wrong Tiffany!??! What happened!?! Did he do something!??"

All I could do was stick out my hand in her face.
I couldn't speak because of my dramatic, over the top crying.

She looked down at my hand and the look of mama bear left and there came a huge smile across her face
She teared up and said
" Oh, honey, it's beautiful!!
I'm so happy for you!
He finally did it!"

When I found my words, I told her I was so happy.
She asked about the details of the proposal. I happily told her everything. Like two giddy school girls, gossiping over a cute guy, we went over the night's events.
She said " he gets more charming every day,doesn't he"
She said" now, what did I tell you? Everything is going to be ok! Your mama is right about a few things,isn't she"?😉

I told her I was worried about what others would say or think because of my age.
She said " I'm your mother and it's no one's business. I approve and y'all are happy,that's all that matters"
💚💍💜

I hugged her and thanked her for being a big reason I had even known about Chris and for having my back.

I laid down that night so filled with joy and giddiness consuming me, that I barely slept. I couldn't wait to see Chris again and make plans.

I thanked God for bringing me to that place and for leading me to the one I was going to marry. The one I didn't know existed.
I was not going to worry about my age or what anyone thought. I was going to enjoy this for as long as possible.
I had peace, finally. and everything about Chris and the future marriage seemed right. It felt like this was a part of my purpose in life.
I felt God was with me and that He set everything up for this moment and for the future.

God knew me before I was born. He has been planning my life before I took my first breath.
Through all the darkness, He shined his light and blessings upon me.
I clung to that moment.
It carried me longer than anyone knows.

Maybe I can be something more than a lost cause that everyone leaves... I thought to myself.. 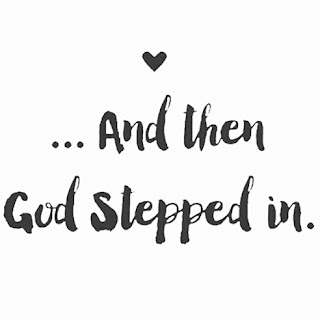