The Little Things Have A Big impact

The morning of Thanksgiving started off better than I had originally thought.
Mom was up at 3am preparing the turkey.
I asked her if she needed any help and she said" I think I have it. I would like you to do my makeup and maybe try something with my hair while I still have it, later before everyone gets here."
Makeover!

Mom had been cooking away that morning. I showered and dressed.
I could see her from my bedroom and I noticed her stopping every few minutes. I asked her if she was ok and she said she felt nauseous from the smell of the food.
Chemotherapy doesn't care that it's Thanksgiving. Cancer doesn't care if you're just 52 with a teenage daughter that depends on you. Or older kids and grandkids who adore you.. Cancer is selfish. It doesn't discriminate either. It's evil.
I was so angry inside that despite her best efforts, that poison was making her weak as time went on.
Mom admitted that she was embarrassed for family to see her thinning hair. Her lashes were coming out and so were her eyebrows.
I assured her I would help her beauty shine through before everyone got there.
I did her eye makeup as best as I could. Her lashes were falling  out. Her eyebrows were as well and once she saw how badly, she cried.
She said " I'll never be pretty"
" Just look at my eyebrows. They have bald spaces".
I told her she was beautiful and we would fix it.
Her crying broke my heart.
Something inside of me just snapped.
I left mom sitting there and went into the bathroom and grabbed a razor. I brought it back to my room where mama was and I said" I'm going to color and draw your eyebrows on"
Mom said " Tiffany, everyone will know and it will look bad"
I shook my head and smiled.
" If anyone is worried about your eyebrows,then they have bigger issues"
I said " I'm going to match you"
She look up at me confused.
" You're not shaving your head"!
😁 " No mom, I'm not.
But I am taking the rest of my eyebrows off"
See, I hated my eyebrows anyway and plucked them until they bled.
I wanted mom to feel better and not feel so alone in this nightmare we were in.
I raised the razor to my brows and before she could stop me, I shaved one completely off.
I looked ridiculous!
Mom's mouth gaped open.
I said " see, now we will both have drawn on brows"
A smile crept across her face and she said " you're crazy! Now you have to shave the other one"
So I did. .
I didn't take into account that shaving your eyebrows off as a female especially, is pretty much permanent. It takes forever for them to grow back. The process isn't pretty. I also didn't think about how I had never actually drawn on eyebrows...

Oh well. It was done and my mom was smiling with tears in her eyes. Together, her and I figured out how to draw on eyebrows. Mine were awful! Hers looked good. She had some hair there, but not alot. Still more than I had.

I straightened her hair. Hiding the pieces that came out.
She looked beautiful. (The picture below is after this)

She hugged me tightly and I fought back the urge to weep loudly.

She vomited 2x before people arrived. She hid the fact her head had been pounding all morning,from everyone. Never complaining.
That Thanksgiving, my sick, strong mother reminded me of how tough she was. I knew she would beat this.
The joy on her face around her grandkids and some of the family that was there, is always in my mind. She loved them. She loved us.

Once everyone left, it was her , and a member or two of family,Chris and myself.

He thought I was insane for shaving my brows off. 😁 But understood why.
We sat and talked about nothing in particular and enjoyed our time together.

I wish I could go back in those moments.
Chris could make mom and I laugh and forget for a moment,of our situation.
I don't think he will ever know how much those moments meant to her or I.

That Thanksgiving will always be one of many times I will remember as the beginning of a chapter I nor she, asked for.

We made the best of it.
She kept her faith. She knew she would need it as time went by. She refused to let this cancer be who she was.
Clinging to Jesus, was exactly what carried her through. Something I admired , while breaking apart inside.
I wanted so badly to wake up from this terrible nightmare.
Pinching myself never worked though.
It doesn't work for real life events...

Over the next few months, I soaked up as many moments as possible,with her. When she wasn't insanely sick from chemo.

Coping in my own way. Which really wasn't ever coping at all. I did my best in the moment.
Feeding from her courage.
Watching her do her best to live as she had before this entered her.
Chemotherapy weakens the person it's said to help.
It's an ironic treatment.
I despised it.
I despised this whole freaking situation.

I would learn that a person can only take so much.
Making you or breaking you.
With time not wavering for either of us... 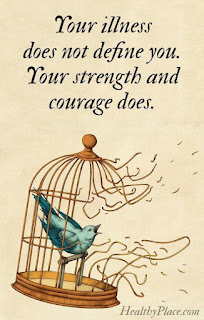 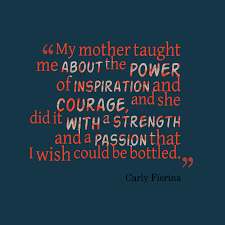 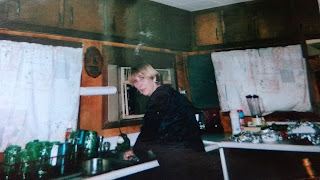