One Moment at Disney World, The Next, A Nightmare.

Mom had this way of making me feel like everything was ok. She made me feel as if cancer hadn't came into our lives messing up what we had going for us, finally.
I could have been fully convinced if the doctors hadn't kept bringing it up.
Yeah. I know. It's their job.
I wanted to stay in denial of the horrid facts. Life was easy in denial land.
By Thanksgiving, she had a surgery to put in a portacath into her chest for chemotherapy treatments. I cannot remember the exact number of treatment sessions,but this device would make it "easier" for them to pump poison into my mother to kill the silent killer that was cancer inside of her. Chemotherapy still made no sense to me. I wasn't educated enough to find alternative options. Nor did I have the resources to do so. It felt wrong. This whole situation was wrong and so jacked up.
So instead of planning Thanksgiving meals and gatherings,as she always had, we were planning a surgery and she was making arrangements for me. Since I couldn't stay at the hospital the whole time,nor could I drive alone, legally, and mom didn't want to be judged for letting me stay with Chris or completely alone for the time she would be in the hospital, she had me stay at family members home. She said Chris could stay. Of course, separate beds.
She was somewhat nervous for the procedure but handled it like a true champ as she always did. She assured me I didn't need to stay and insisted I go to where I was supposed to be. I left, and I was crying the moment I hit the elevator.

That night Chris and I and some family,drank and played pool.
I wanted to drink my fears away.
I tried like hell but only ended up crying and Chris walking me to my bed.

Here I was drunk while mom was in a hospital alone... That killed me.
I told myself and Chris that I was not staying away from my house and the next day I was going back home. If I couldn't be with mom, I was going home, the closest place I could get to her.

My hangover the following day was ridiculous.
I told the people I was staying with, I was going home. They said I'd have to ask mom.
I called her and told her if I cannot be with her, I wanna go home and I wanted Chris with me. Not for some romantic reasons,but I needed him and I needed to be in my bed.
She sensed how defeated I felt and how no wasn't going to work. I even told her I drank that night and wasn't any better off being"supervised" where I ended up having access to alcohol and got wasted anyway.

She gave the ok for me to go home while she was in the hospital and I promised to check in with people who were " in charge" of me.

I thought being home wouldn't hurt so badly. But it did.  Chris being with me the whole time helped , but I couldn't shake the dread feelings I had. I was disgusted with the circumstances and angry.
I stayed in a state of panic. The thought of losing my mom was too much to bare. I never had great coping skills. I always reached for comfort in pill form,or anything in a bottle..

I took a Xanax and tried to calm down.
It slowed me down.
Chris and I laid around watching movies. He tried his best to keep my mind from my reality.
I was grateful for him.

I called mom and a nurse answered.
That scared me.
I demanded to speak to my mom.
The nurse stated mom was sleeping and her procedure went well.
I told her I would call that morning.

I felt like there was someone or something in between myself and my mom. Since the cancer embedded itself into her, I felt like a barrier had been placed in between us. Why do I have to talk to doctors and nurses about MY Mom!?
Why do I feel like her life lied in their hands!??
It's an indescribable feeling and extremely frustrating.

The thought of having a good and normal day was long gone. So how could we have a good and normal Thanksgiving that was coming up soon??
Mom cooked. Mom planned. Mom did everything. I have no idea how to clean or cook or baste a turkey!
How could she even stand the smell of food now that this poison was being put inside her and making her so very sick!?  How could she spend hours cooking amazing meals for many of the people she loved ? How can my siblings and I and others seem ok during a time as this!?
We don't know how to do the things mom does. And even if we tried, it still wasn't like mom's.
My mind raced with those thoughts....

Would mom and I ever have our glass of wine while wrapping Christmas presents for everyone and laughing,again!???
Would anything ever be the same again?!? Before this monster came into our lives?!?

The answer was no. No. No.
Not one thing was ever the same once those stupid test results came in.
Our lives were over as we once knew it.
This woman, who was so strong and a proud mother and beaming with pride and love for her grandkids, and a daughter and a sister,friend was now fighting for her life.

I still told Chris and convinced myself that I would be the one to help save her. That's the only thought that kept me semi ok. Whatever it takes. I would do anything I could to save her from this.
We would just have to adjust in the meantime...

I told myself that over and over. .

Mom said " baby, I have cancer, but cancer doesn't have me".
With that, I was determined we would beat this.
My mom may be sick this holiday season,but by next year, she would be back to herself and stronger for the crap she faced now....

Looking back at those unrealistic thoughts and expectations, I wasn't nearly as smart as I had thought. Nor was I as capable as I had thought. Time would show me that.. life would show me that. As if life hadn't shown me enough by now... but God had other plans. My plans were that of someone in deep denial and in La La land.
.. 💔
Really I believe that I HAD to think that way to survive what was happening. I wouldn't have made it with the thoughts of what actually did happen later on.....

I took after my mom and I adapted to whatever situation so I could make it through... I was an adapter.
I was left with no choice....
💔
Life happens whether you're ready or not.
It isn't a buffet,where you pick what you want,and pass by what you don't.... I learned that quickly.. it knocked the breath out of my chest.... 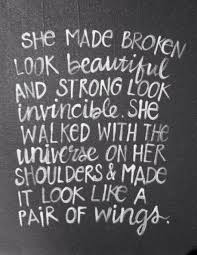 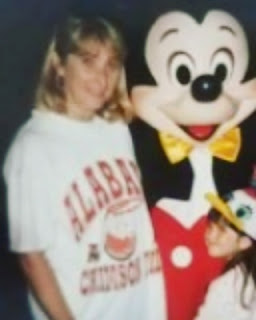 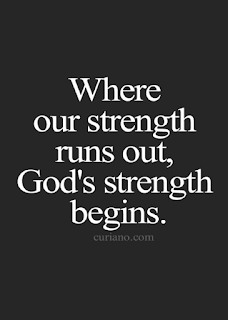 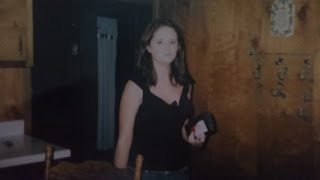