I think it's ironic that my age didn't seem to matter much when people put me through so much. I know circumstances and situations out of my control,sure didn't care about my age. Yet my age mattered when I was having fun and finding my way again. I know I never saw age. So when new guy Chris and I started hanging out more and more, I never brought up my age nor asked his.
When it became evident that he was interested in me, my age became an issue with people who really weren't involved in my decision making. Yes I was 15, going on 25. I didn't feel 15. Most could not even tell I was so young.
The day it was revealed to Chris about my age, was the day I noticed his genuine side. He came to me and told me he was "told" about me ..
I just knew my chances with him in the future were shot. To my surprise, he said it didn't matter to him. He said if we became more than friends he would talk to my mom but until then, friends is what we were and he wouldn't go further until we both agreed and of course,he have a conversation with mom.  Whew!!! Dodge a bullet on that one.
At this point,I had been there around a month. Chris and I hung out almost daily. I would go to where he lived. The place I met him the day I was baked outta my mind and puking. He lived there with a couple. I'll call them 'C' and 'G'.
They were older than me, of course and were really cool people. I hadn't met anyone like 'C'. She was beautiful, outgoing and one of a kind. She didn't take any crap from anyone and could take down any full grown man without issue if she wanted. Her guy, 'G' was laid back when he wasn't working. C became a very good friend to me. She knew my age and was extremely protective of me. Protective of Chris also. She put her stamp of approval on Chris and I becoming more than friends, before anyone else. She and I would color each other's hair and have girl time,while G and Chris would do their thing. She knew Chris longer than I did and he told her things.
One day her and I were talking and coloring our hair and she said " you know, Chris is the settle down type of guy. He isn't someone who sleeps with random chicks, or even alot of chicks. He's quite and only is interested in females he believes he will marry some day".
I'm sure my facial expressions gave my internal thought away.
Marry!?! Settle down!?! Sure I wanted a committed, faithful,stable relationship but I hadn't thought about marriage. I hadn't had any examples of successful, happy marriages to go by to even consider that as a possibility for myself.
I told her that I wasn't looking for a husband.
She basically told me that if I was going to play games, Chris wasn't the one to do that with.
I told her I really liked him but we hadn't talked too much of future ideas.
She said " he's different. You're different. Mark my words, you will marry him and be happy"
Ok C , you've had too much marijuana.
Our conversation had escalated quickly 😂. Chris and G came inside and decided we all should go swimming. I wasn't used to the places there and I was completely shocked when I was riding out in Cole mines to get to where we were going to swim.
I was thinking I had gotten myself in a pickle. Going to a strange place, with people I hadn't known two months,into the middle of nowhere with woods surrounding us.
My mom told me my first week there that I better not get off of the paved road way because I would get lost and she couldn't find me... Now I understood. I never listened. After what felt like forever, and a beer run, we finally stopped at this pond ,lake looking place in the middle of gravel road and trees surrounding the area.. this was the end of July heat and I was so ready to cool off in the gorgeous water..
I had had a few Smirnoff ice drinks so my judgement wasn't all there . No one forced me to drink. That was all on me.
C and I would share the floats and G and Chris would share theirs. I found out quickly that the body of water I was in, seemed to not have a bottom.
Here I was. Half buzzed, Smirnoff ice in one hand, paddling with the other, straddling a shared float with C in the middle of the bottomless pit of water.  😁

I was waiting on Chris to get in with us.
C then tells me that G cannot swim... I had never knew of anyone grown that could not swim. I thought it was funny. So I'm struggling to keep my head above water and hold my alcoholic beverage. Then she tells me Chris cannot swim either!! What!?! That was the cause of me nearly drowning. Laughing, straddling a shared float using one hand in a bottomless pit of water isn't easy.
When she laughed, it was contagious, so I prepared to drown, right then and there. Laughter is tripled when alcohol is involved I suppose. That and the half a pill I took before had kicked in too.
We finally made it to shore where the non swimming guys were.
I couldn't talk Chris into getting passed his knees in the water. 😂
We had a blast. The first full day in such a long time that I genuinely laughed. This new place was turning out ok after all.
I found out within the next few weeks that new girl in town somehow threatened some who were from there. Trouble followed me no matter where I went. This time from people I never knew or hadn't met but a couple of times. Most everyone I met liked me. Others not so much. Especially when Chris and I became more than what they thought we should. Jealousy is an ugly thing.
I had been through the ringer enough by this time and their ridiculousness wasn't going to stop me from seeing Chris. He made it clear that the only person's opinion that mattered when it came to he and I were my mom's.
I seriously had never met anyone who respected me or my mom as he did.
He knew I was there because life hadn't been great for me. I was used to disrespect and being used. Knowing guys only want one thing and will do and say whatever to full fill those wants.
The more I spent with him, the more I fell for him.
I couldn't talk him into anything. He never forced himself on me. Never came on to me in ways the guys before him had. I honestly thought there was something Wrong with me. And I guess there was. My views of males were so messed up that I assumed if he wasn't trying to sleep with me by week #2, he was gay, or wasn't interested In me. It's funny now but I see how sad my thinking was. I wasn't shown differently. So I went with what I had always known. I realized Chris was a good guy. I didn't know those exisisted. I didn't know how to act after seeing he actually liked me for more than just getting me in bed.
I almost messed up with him because of that. I started acting how I would with guys before him.
It didn't set well with him and 'C' let me know quickly that I was screwing up.
I didn't think I cared.
Not seeing or talking to him for awhile cured that. I was now pursuing him. I felt awful that I acted in that way all because I didn't know how to accept his genuineness. It took some time but I finally got back into his good graces. He's stubborn so that wasn't easy.
We started officially dating that same summer. Our first date night, I had went shopping with Mom for new clothes, makeup and shoes. I was all dolled up and when mom and I pulled up in my white top, white shoes new outfit, Chris was sitting in our yard on a fourwheeler!
Mom laughed and said " looks like white won't work for this date". Haha.
Chris said " you look great but are you wearing that to go mud riding"?
Needless to say,I ran inside and changed. I rode on the back of his fourwheeler to the same Cole mines we swam at. I wasn't aware I could get so muddy,so quickly. It was fun and one of the best days I'd had.
It was always an adventure with him.
The adventures would come in all shapes and sizes with time....
Falling in love came fast. But it came easy with him. 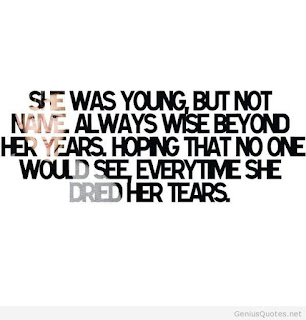 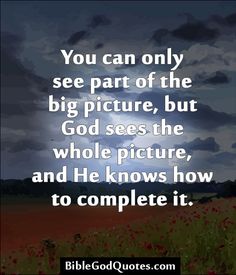 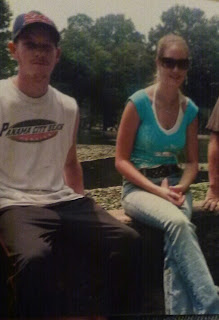 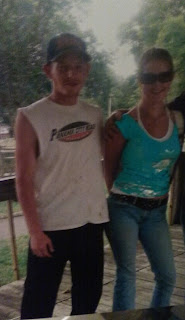