That's all I could think of.
Cancer was taking over my mom and I couldn't handle what the "treatment" was doing to her physically and emotionally.

I knew she was going through something that was so hard on me but could actually kill her and I became selfish...
At least that's how I see it.

I wanted to run away and forget that this was happening.
Too much loss and pain and change.
I hated it.

I loved my mother so much and did what I could at the time to stay and help her but I was helpless.
Useless to her situation considering I was a screwed up 15 year old myself.

Chris was the best part of my life and I just wanted to be with him.
He had his own vice so I knew I needed to get away and take him with me.

But no one , especially a male,ever stuck with me.
They always left and gave up .
I prayed he would be different and his actions would prove his words..
I doubted my worth but took a leap of faith in him coming with me.

I decided that I was going to move out and stay with someone who had a huge role in my life being so crazy up until this point and who had hurt me just a couple of years before.

Many would say and have thought this choice to be twisted, especially given what had happened to me just a couple of years before I made this tough choice.

Chris was not doing what mom and he had discussed in order for her to continue to support our relationship and future.
My love for him was more than the hate I had for the person(s) who harmed me.
So I made the choice with that in mind and the fact that
I was drowning in my circumstances and in my own mind.

I did what I thought would be the best option for that time and prayed Chris would come as well.

I never planned to stay gone from my mom for long.
I needed to get Chris away from the people and places he was consumed in and I wanted to be a teen for a little while.
Chris went along with me, thankfully.

The move served its purpose in getting Chris healthy.

But I wasn't ok.
I knew it wasn't good for me to be in the same home as someone who had something to do with hurting me and the trauma I dealt with.
But I had no choice in the sense of, I didn't know how to handle what mom was going through and all of the changes. I was stuck inside my head and couldn't see any relief.

My grandfather died not long after being in this new place and I was too far away to attend his funeral. He was the one positive male I knew and he loved me.

Not long after that is when I received a call that mom's surgery had taken an unexpected turn .
Instead of them removing the lymph nodes,they saw the cancer was all in her breast as well.
A decision was made for her to remove her breast while they had her under.

That upset me so badly and I knew I made a huge mistake by leaving her to begin with.

I bawled in Chris's arms once I hung up that phone.

* She thought this would be lymph nodes only and that it would take care of the majority of this damn cancer and she doesn't even know her breast is gone*!
I cried loudly and became angry .

* She went in with all body parts and came out with a breast gone,just like that*!!

When mom woke, she was informed of what happened to her.
I finally spoke to her and told her I was an idiot for leaving and I want to come be with her again.

She promised as soon as she was healed well enough to drive,she would come get us.

And she did.
I was thankful.
I decided I would never leave her again.
And I didn't.

Chris,mom and I moved a place or two before settling back where we started.
We went through hell to get settled again but it happened, finally.

Time passed and I was 16, living with Chris at his mother's house,while mom settled in with her mother.

She and I made weekly trips to her radiation treatments and while I had accepted the situation,I still couldn't see her without her beautiful blonde hair that was no longer her own,but a wig.

I was honest with her and explained that my soul couldn't see her bald and I was so sorry .

She would make jokes about it but I never thought it was funny.
She also made a joke about her having only one breast. She called herself a "one tit cow" 😒😂
Again I couldn't laugh at that even when she did.

We made it a day trip on radiation day.

She would mention a timeline of Chris and I marrying and I always said "mama,when I'm 18".

So before I knew it, we were planning a wedding!

Mom lit up when we discussed dress shopping and looking at flowers and decorations and cakes.
She loved talking about which songs we would have played and the colors of the wedding.

She gave me advice on those treatment trips and I still follow her advice to this day.
I never got out of her car without telling her I loved her and hugged her. We only lived 3 minutes away from each other,but talked multiple times a day even after being with each other that same day...

If I knew then,what I know now, I would have made those days and car rides last longer.
I would have.done more...

From there on, was a whirlwind of happenings that would knock the breath out of me.
Bittersweet days were ahead.

God and mom knew things that I didn't and I'm not sure that was a bad thing. I couldn't have handled it,had I known what they did..... 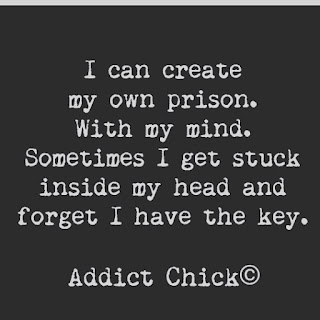 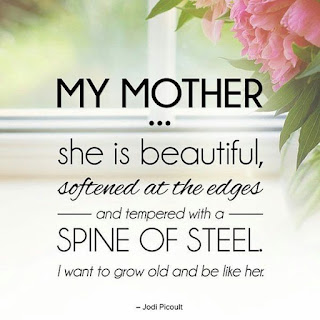 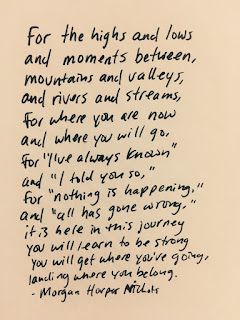