It ended before it truly began.

*I am engaged*
I thought to myself. It was strange and yet amazing all at once.
Someone wanted to be with me and love me for the rest of my life.
That was something I never thought would happen to me.
Of course other than my mother's unconditional love, everyone else only"loved" me in a bed and would leave shortly after.
So for Chris to truly care for me and then want to marry me, it was like a dream that only happened for other people. Not for someone like me.
I was always too hard to love. And never was a loss to anyone.

I still feared an abrupt ending. I felt as if he could change his mind at any time and I would be back to where I started from .
The mind games I played within was worse than what anyone could do.

But for now, I decided to go with it and live and love him while he would stay around .

It was Christmas Eve and mom and I had wrapped gifts. She had her glass or two of wine and I of course snuck in my own glass whenever I went to fill hers up.
She sat in her chair, proudly looking at our decorations and her beautifully wrapped presents under the tree,she decorated so well and perfect.
She hadn't been sick as much that day so it was counted as a good day.
We talked about everything that was going on and she beamed about how beautiful I would look in a wedding dress. She apologized for not having a dress to pass down to me from when dad and her were married.
I told her it was fine. I completely understood.
She then says " well,I guess it isn't such a bad thing, because considering we divorced, it would not be good luck to wear anything I did marrying him"
I laughed because it was true .😂
Married 12 years and there were worse moments than there were any good. She always said the best thing to ever come out of their marriage was me. I was born on their 1 year anniversary.

Dad had another child with his first wife when he was a teenager. A son. His name was Chris.
I had met him the first time when I was around 4-5.
He was 15 years older than I was so we didn't really have anything in common. Aside from our eyes and our dad of course 😃
I had spent time with him several times throughout the years but Dad was absent in his life also.
My brother,Chris had diabetes and the things he had in common with our dad was alcohol.
When he was in his 20's, he went on a binge and because of his diabetes, he went into a  diabetic coma.
They saved his life but couldn't save his eyesight.
That changed his life in more ways than the obvious.
He told me many times that he stopped taking drugs and drinking and he wanted to become a preacher. He wanted a relationship with me,more than we had and he tried having one with Dad but Dad wasn't able due to his active alcoholism.
It hurt Chris but he was more concerned about how dad treated me. He would aplogise for him constantly.
Chris would even talk to Mom when he called the house. Mom accepted him even when she's wasn't married to our dad.
Chris had a kind soul and was truly the best part of dad. He was trying to become better than how he was treated. Which makes this next part more tough...
Chris lived with his mom's mother because she adopted him.
I spoke to him the weekend before and he told me how he called Dad and dad said he didn't have time to talk to him and hung up.
We planned for him to come visit that following summer. He wanted to meet my boyfriend,whose name was also Chris. He told me he loved me and to keep my head up. He said I was worth having an awesome life.
Christmas Eve, while mom and I were having wine and talking, the phone rang.
Mom answered and within the first 25 seconds, I knew something was wrong.
She said " oh no"!
I jumped up and urgently asked what was wrong.
*Who is it mom*!??
She put her hand over her mouth and started crying.
* What now*!?!??
She wouldn't answer me.
My heart pounded and I ran to look at the caller ID box.
It was a call from where my aunt and mamaw and papaw lived .
So I figured my dad had been in an accident or jail. My thoughts raced.
* Mom wouldn't be crying if dad's in jail. So he must have died*.
I sat on the floor at mom's feet and demanded she tell me what was going on.
She said into the phone
" You can tell her. I'll be here with her. I'm so sorry"
Mom handed me the phone and placed her hand on my shoulder.
* Hhheeello*
My voice was shaking. I wasn't ready for any bad news. Dad wasn't the best but I didn't want him to die.
My aunt was on the line.
" Tiffany,honey. I have some bad news"
She was bawling
* Tell me*!
" Tiffany, it's Chris. Your brother"
* Huh.. what's happening*!?
" Honey, he passed away".
* Whattttttt*!???!
*What.!?How!?. What happened*!?!
" He was home alone while his grandmother was Christmas shopping. He had a seizure and couldn't get to his medicine. He fell face down and couldn't get air. He suffocated by his bed ,on his floor. His grandmother found him after she came home and noticed he wasn't answering her calls"

I felt sick.
*How could something this awful happen to such an amazing person*!??!
Mom was hugging me and crying,my aunt was crying, I was dry heaving.
I asked her if dad knew. She said yes. I'm not sure why that question and her answer was so hard but it was and I all of a sudden felt worse. I felt for my dad. Knowing he hung up on Chris days before and now Chris, his only son, was gone.
Age 30. Christmas Eve. Died alone on a floor .
The whole situation is horrible.
I hung up with her and called my dad.
I've never heard him weep as he did when he heard my voice. I couldn't control my crying. Mom took the phone and she said his name so lovingly, it made me cry harder and at that point I didn't think that was possible.
She cried with me and with Dad on the phone.
I went to my bedroom, leaving mom on the phone with my dad.
Face first into my pillow, crying and talking to God out loud. Asking him why did he allow this to happen to someone who has turned their life around for the better. Why him. Didn't he go through enough already!?
I was angry and so sad. Just when I had a family member that I was getting to know and that cared for me, he's gone. Gone before he ever had a real shot to do the things he planned to do. He wanted to help addicts and kids that were like he and I. He wanted to meet my Chris. He was so kind.
He was abandoned at age 2 by both parents and had diabetes throughout his life. Didn't he suffer enough to not die like this!?
Mom must have heard my rambling to God because I felt her sit on my bed.

" Sweetie, I'm so sorry. He was a sweet person.
He was living for Christ and on his way to be someone great for Jesus.
I know you're upset and I understand but you can't blame God. God didn't take him. God just welcomed him home. "
*Mom, this isn't fair"!
" I know it isn't. I've known Chris since he was practically a kid. He had a tough life growing up. "
* I know that mom, that makes this worse . He died all alone. Before he could really do the things we talked about not even a week ago! Plus he lived the last few years a blind man*!
" Tiffany, before he lost his sight, he was a lost person, living like a lost man. He was on the same path as your dad. Through the blindness, he found Jesus. If he would have still been lost, this situation would be worse. He died a saved man".
That sentence stopped my anger.
I suddenly realized exactly what point she was making.
She said " God has a reason for everything. He has a plan and His plan is always perfect. This is a bittersweet example."
My admiration grew 10x for my mother in that moment.. here she was, fighting her own battles and still had the faith of a saint. In a horrible set of circumstances,she still found the light in very dark moment.
She said she told my dad the same thing. He was without words. Mom said " I hurt for him. He doesn't know how to be a dad but the fact remains that he is Chris's dad and he's your dad. This is hurting him so much and I told him if I could do anything to let me know"

* I love you,mom*
Mom made me some of her amazing tomato soup and grilled cheese and we sat under a blanket on the couch watching TV for the rest of that Christmas Eve.

We couldn't attend his funeral for several reasons. One being the long drive. There wasn't any way we could travel to Michigan from where we were in the middle of winter especially. Mom was under doctor's orders to not do much because chemotherapy made her vulnerable to other sickeness along with her just not feeling that well.
I stayed in touch with family that did attend and I called my dad to make sure he was as ok as possible.
He made sure he had vodka in his system for the trip.
I won't judge him for that. He lost his son.
The guilt he carried was enough to bring down the strongest person so he did what he had to in order to deal with the situation.
It was a somber Christmas, but mom's words reminded me that God has a plan and that my brother Chris, wasn't suffering anymore and he was ok.
To this day, I remember what she said and I use that advice for other hard situations.

My Chris would never meet my brother Chris, but one day, we will see him again.
That's one thing I look forward too.

2007 was a roller coaster of a year.
It was only the begining of a life that had I not lived it, I would not believe it myself. 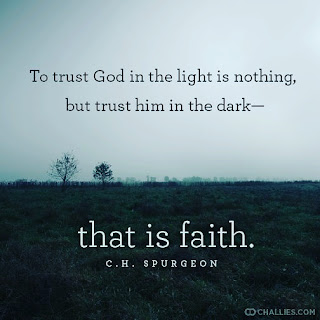 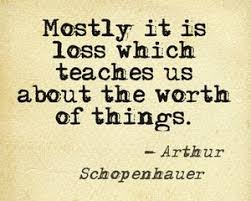