So what happens when you're a preteen with built up anger issues?
You become what you were labeled as a child by adults who should have known better.
I do not place blame. I'm just saying. Adults should have known better. But I learned adults hurt you more as a child than anything , sometimes.
I walked around with this enormous chip on my shoulder, anger boiling inside. Misunderstood when I did try to explain. Some said I talked too much..
"Go be a kid, Tiffany".
Umm. Ok. I thought"what does a kid feel like"?
Preteens have enough going on as it is without having to deal with all I had up until that point.
Now everyone wants me to just be a normal kid, with a normal life?
What even is normal?
I was always close with my mom, but the older I got, the worse my attitude was. They say you take your pain and anger out on ones closest to you. Guess who I was closest to?
My Precious mother.
I found myself being mean to her and not once did she ever deserve that.
Demanding she buy me the latest CD to go with the boom box she spent her hard earned money on.
I didn't earn it.
She worked long hours, sometimes two jobs and kept our home spotless.
The least I could have done was help her.
But I didn't.
I wouldn't get "my way" and I was the most vile individual to my own mother.
My interests were anything but making my mom's life easy.
It's not easy to put this into words.
I regret being how I was to her.
I didn't think about one day, I would regret everything.
She would say "your mom is your best friend, and the only one to ever be here for you. I won't be here forever,and you'll miss me when I am gone".
Those words haunt me to this day.
The look on her face each time I was so unnecessarily rude and mean to her, haunts me.
She protected me as best as she could and not one person could say anything to me whether I deserved it or not, without mom becoming mama bear and going after them.
I took that for granted as well.
I thought I knew it all. I thought my mom was clueless about everything. She couldn't understand me.. right?
How could she understand that her baby that she would kill for and die over and had been through hell and back for, could stand and look her in the eyes and lie to her? Say awful things to her?
She loved me unconditionally,when I did not deserve it.
I was 'miss badass' that was so headstrong, nobody could tell me anything and I was going to do exactly what I wanted to, no matter how badly it hurt my own mother.
I would get mad at her and threaten to call Dad and tell him all about how I thought she was treating me unfairly.
Yes. The same dad who hurt her.
Her face showed me what her heart felt like when I said those things.
Even when I did call him, he would tell me things like " you both just want money, and I'm ready to sign my rights to you away"
That hurt.
Mom was right there to comfort me even though I made that phone call to him to spite her, she knew he would hurt me. She put her hurt aside and took on mine.
And how did I repay her?
I rebelled even more.
I loved her, but I was so messed up inside that my love came out as resentment.
I wish now, I could go back to the 12-14 year old me and slap myself.
That's not possible though.
I was really good at pushing her away.
At acting like a real 'hard ass'.
But she, as the woman who carried me for 9 months, gave birth to my 9lb 1oz self and was raising me all on her own, knew I was just hurting and putting on this fake show to hide how broken I was and loved me through it. I rarely,if ever, thought about her pain and struggles during this time. Selfish is what I was.

She always loved me.
And I loved her but my pain shined brighter than my love. .... 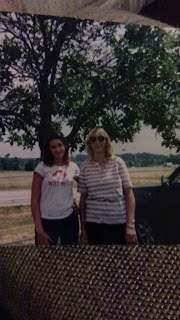 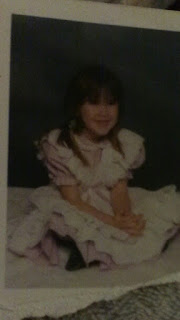