A future through the brokenness

Broken. That is the word I think of when I see these pictures and remember how I was feeling during this time. I could dress up well. I could pretend that inside of me, wasn't screaming out for someone to really care. No one knew how that previous year tormented me. On the same hand, you would think that a 14-15 year old,that was really ok, wouldn't be acting as I was nor doing all that I was. No 'normal' young teen does those things.
But how would I really know? I never knew what it was like to be like the rest. I was probably the only one in school to have been sexually active, taking pills, drinking during the summer away from where I stayed and had gone through all I had at my age. No one my age could relate. I couldn't relate to them either. I searched for love in all the wrong places. I learned early on, from the best con artists, my dad. I watched him lie and use his smooth talker abilities to get his way. I dated guys like that too. So I learned from the best of the worst.
I knew when I was being used. I knew when I was being lied to. I had alot of my dad in me but I also had alot of my mom in me too. That meant I constantly tried to fix people. I told myself they would change. I would convince myself that when any guy I was with, hit me, they meant it when they said never again. I would just try to not make them mad anymore. Because after all, I Believed it was always my fault. Everyone I trusted and loved left me eventually so I took on the burdens I wasn't supposed to carry.  I didn't think I deserved any better. So my escape was found in a form of a pill. I would go visit family, well, by blood they are but they were more like bad examples,like older friends. My dad would stop by in his own time to visit me. I often wondered if he could see how screwed up I was. I can't imagine drinking all day helps you see more clear. But who was I to say anything about his drinking when I did the same at night and took a pill when I could get my hands on them. No one saw what I was doing. Or asked me if I was ok. So I proceeded to do more and dig myself deeper into a hole.
That life, especially at such a young age, became lonely quickly. I would straighten up and then Go back and start all over again, over and over.
I was getting tired. Tired of doing stuff that made me sick. Tired of being let down. Tired of no one caring. Just tired. Getting into trouble became routine. I almost looked forward to being grounded so I could stay home and not do anything.
I never felt like I belonged any place. I had many nervous breakdowns and people were forced to notice that I wasn't ok.
I wanted my mom. She was where I felt like I belonged. No matter where she was, I felt like I was supposed to be there. God always works things out for our benefit. The road there may be long and a mess but He always has a plan.
I was just empty. Everything and everyone I cared about wasn't returning the same back to me.
The summer of 2007 right after prom, God put the plan for me in motion. I was clueless to it but now see what He allowed me to go through, because of my doing, was for a bigger reason. I was forced out (kicked out) of where I had been staying for nearly two years, and was to go live with my mom again in her home state. At first I was upset but I didn't have anymore fight in me to beg to stay. So I went, without fuss, to be with my mom again.
She picked me up and was happy that we would finally be living together again. That 4hr ride was awesome. We talked about everything. She told me this would be a fresh start. I told her I really hoped so...
Finally at 15, I was going to be with the one person who truly loved me. Events that separated us, weren't her fault.
She had so many plans for me. She told me all about them on our ride to my new home. She slowly mentioned"this guy" that she knew of through family there. I looked at her as if she was insane😂.
She explained he was older BUT was respectful, cute and kind. I told her I was done with guys and being let down. She insisted he wasn't like the ones I had been used to. I wasn't holding my breath on it.
She kept on about"this guy". I asked his name. She said 'chris'.
She was happy when I told her I would think about meeting him.
Looking back now, God aligned everything up for me then. There's no denying that He knows what He's doing..
I breathe a sigh of relief for the first time in years. I was ready to make up for lost time with my mom. I was really ready to leave the past in that rearview mirror of her car and do better. I was happy. My mom was also. I'll never forget that car ride. It was the road trip to my future with my mom driving the way and God pulling all the strings.... 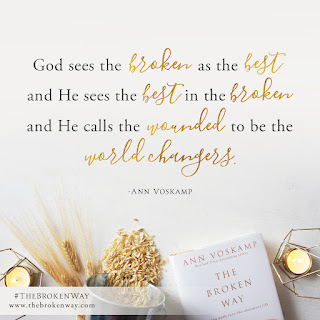 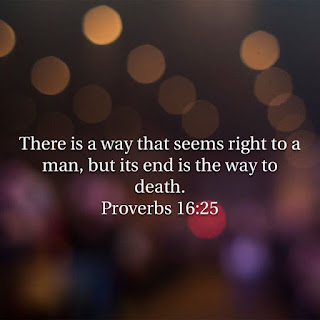 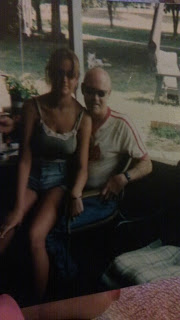